“The approach to a Zen temple or Shintō shrine always has several gates – large red archways that we call torii.

Before reaching the main hall of a Zen temple, you pass through three gates – the main gate, the central gate and the triple gate – which represent the journey towards enlightenment.
Shintō shrines also have three torii.

Why bother with such superfluous structures? Well, they are what we call ‘necessary non-essentials’.
We refer to gates and torii as ‘spiritual barriers’.
In other words, they connect two separate worlds. As you pass through each one, you come closer to a pure world – what in Buddhism we consider to be ‘sacred ground’.

This is why Buddhist temples feature these three gates. By creating a boundary between worlds, they help you to become aware of the distance between each one. And as you pass through each one, you experience the sensation of crossing over to sacred ground.”
(zen tha art of simple living – shunmyo masuno) 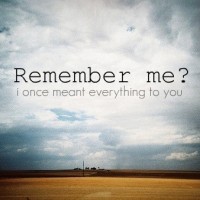